Data from the Australian Bureau of Statistics states 40% of females aged 14 to 18 do not eat adequate amounts of iron rich foods and almost 15% of girls aged two to three years of age have inadequate iron intakes, while 8.5% of young boys have low levels.

If you are not eating enough iron, your blood cells cannot deliver oxygen to your tissues and organs which they need for energy.  Symptoms that you may be iron deficient include:

While the body can store iron, it cannot make it, so we must get it from our food.   Haem-iron is the most bioavailable, up to 40% of the iron in haem iron foods can be absorbed by a healthy gut.  While only 15% is absorbed from non-haem iron foods.  Interestingly, when we are low in iron our body increases the amount of iron it absorbs from non-haem iron sources.

Some phytonutrients bind with non-haem iron, inhibiting absorption. These include:

Polyphenols found in various plant foods and beverages, including vegetables, fruits, some cereals and legumes, tea, coffee and wine. Coffee and tea both have a high content of polyphenols. One study showed  that drinking a cup of black tea with a meal reduced iron absorption by up to 70%. However, when participants drank tea between meals, the reduction in absorption was only about 20%. To counteract the negative effect of polyphenols, ensure you wait 1 hour after your meal before drinking tea or coffee.

Phytates found in nuts and seeds, dried beans, lentils, peas, cereals and whole grains can reduce the amount of iron your body absorbs. Even low levels of phytates have a strong inhibitory effect on your body’s ability to absorb iron from foods by approximately 50%. Soaking, activating or sprouting your nuts and seeds releases the phytates and resolves this issue.

Oxalates are compounds derived from oxalic acid and found in foods such as spinach, kale, beets, nuts, chocolate, tea, wheat bran, rhubarb and strawberries and herbs such as oregano, basil, and parsley. The presence of oxalates in spinach explains why the iron in spinach is not well absorbed despite being high in iron.

Dairy, the calcium in dairy foods such as milk, cheese and yoghurt and non-diary milk that is fortified with calcium should be consumed away from iron rich foods.  Iron and calcium competes for absorption in the small intesting and as calcium is needed in greater quantities it is prioritised resulting in less absorption of iron.  It is recommended that you eat iron rich foods away from calcium rich foods and avoid taking iron and calcium tablets at the same time of day.

How to improve iron absorption from your food

Meat, fish and poultry not only contain the well-absorbed haem iron, but also a peptide called the ‘MFP factor’ that actually promotes the absorption of non-haem iron from other foods that are eaten at the same time.

Other factors that impact iron absorption

Iron absorption will also depend on an individual’s health, stage of life, gut health and iron status. Absorption can be as low as 2% in a person with poor gut health and as high as 35% in a rapidly growing child. The body adapts to storing more iron when iron levels fall too low, or when you are pregnant. Similarly, the body adapts to absorb less iron when iron stores are sufficient.

If you are vegetarian or vegan you may need to take special care to ensure you are getting sufficient iron, particularly for menstruating women.

Heavy menstrual bleeding will often lead to low iron levels, while this situation may require iron supplementation to address the iron loss with the loss of blood, it is important to investigate the cause of the heavy bleeding and take measures to address this.

A full red blood count will help establish if there is any other deficiencies impacting red blood production.  Vitamin B12, for example is essential for the production of red blood cells therefore low B12 impacts iron levels.  B12 deficiency is common in vegetarian and vegans as well as fussy eaters.

If iron supplementation is required it is usually reommend that you take your supplements every second day and take a course of 3 monhts.  It takes 120 days for you to make new blood cells so the full benefiits of supplementation will be felt after this time.  When choosing an iron supplement there are different forms of iron.  I usually reocmmend a liquid iron or tablet that is easily absorbed and won’t cause constipation, such as an Iron Bisglycinate.  Good supplements will also include some Vitamin C and B12 to suppport the iron absorption and red cell production, but different supplements suits diferent conditions so it is best to check with your practitioner.

If you need any further advice regarding your iron levels and the correct supplement for you, of if you have had suffering with low iron make an appointment with a Naturopath at Elemental Health to discuss your health concerns and goals. 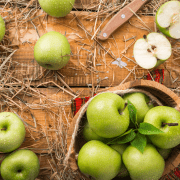 Stewed apples with cinnamon and flaxseed 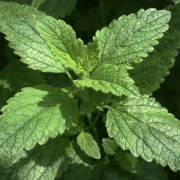 Lemon Balm for anxiety and depression 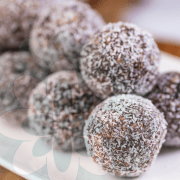 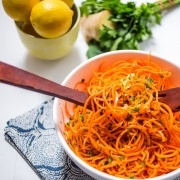 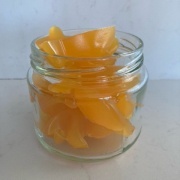 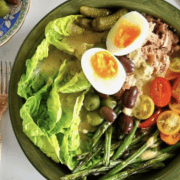